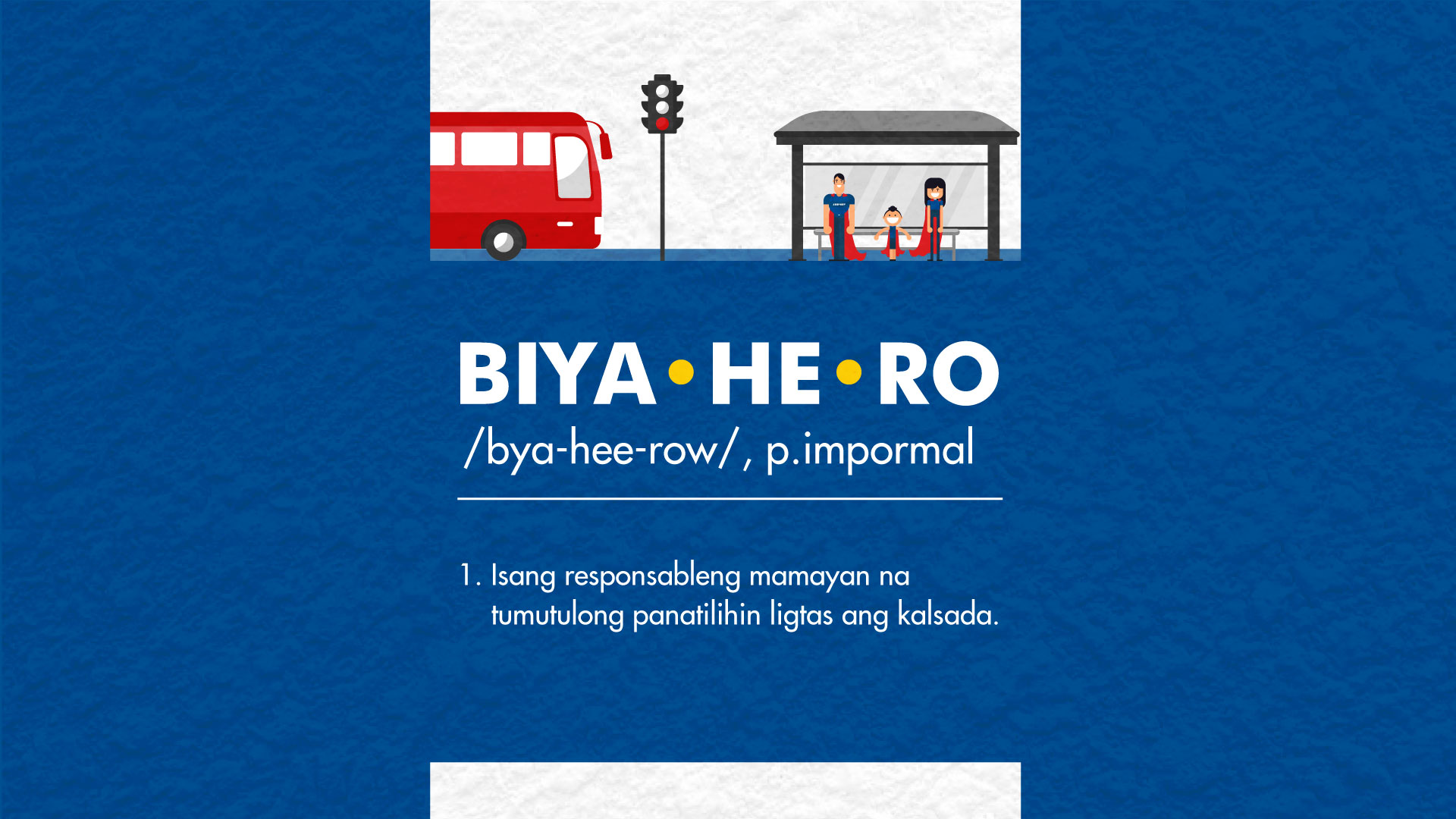 Social Media Campaign
The last quarter of 2020 was an unusual time for Pilipinas Shell Foundation's annual road safety campaign. COVID-19 put all of its live programs on a crossroad.

With the main objective shifting to information and awareness in the time of pandemic, Pilipinas Shell Foundation partnered with INSPR to develop a solution that would enable the campaign to continue, putting health and safety as top priority.
Behind the Campaign
Personifying characteristics and scaling the campaign
COVID-19 showed us that heroes and heroic acts can come from the simplest action. And the same can be said on the road. Heroes though in a traditional sense can sometimes feel unrelatable. Which is why it was important for the BiyaHero's characters to be grounded, personifying them through simple acts of kindness making it easier for the audience to identify. By building these characters, we simplify a variety of key messages which allows us to expand the campaign in the future. 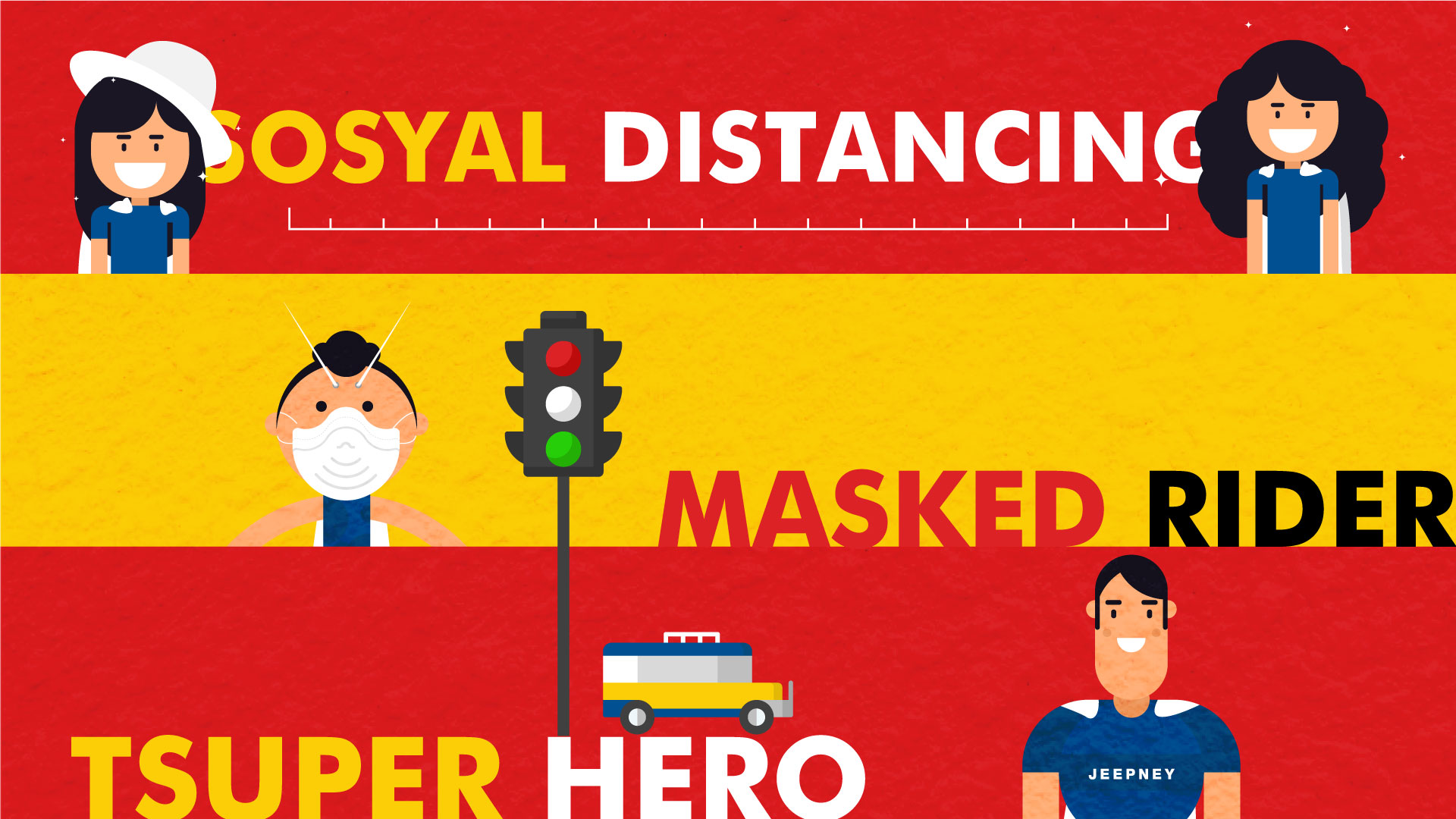 sHIFTING THE NARRATIVE
For the longest time, the lack of road discipline and etiquette has been a major challenge in the Philippines. Over time, this habit developed into a culture that unconsciously glorifies road craftiness at the expense of road safety. To help address this challenge, rather than using fear as a driver for change, it was important to develop a behavior change communication that guides and inspires. And there was no better time during the height of COVID-19 to flip the script of the common Filipino phrase "Hari ng Daan" (King of the Road) to "Hero ng Daan" (Hero of the Road).
Implementing the Campaign
Engaging the partners
Connecting with key partners in the public and private health and transport sectors were crucial to the success of the campaign. And to get every partner onboard the campaign as seamlessly as possible, INSPR developed a social media toolkit complete with the campaign summary and a repository of all social media assets in one site.
Key Messages
The primary consideration in designing the campaign was to avoid a doom and gloom heavy messaging. The pandemic as it is has highlighted this type of messaging on a daily basis. Instead, for this to gain traction, INSPR shifted into more hopeful, inspiring and informative key messages.

This theme was then divided into 4 parts: (1)Introduction; (2) Awareness and Education; (3) Importance of Road Safety, and; (4) Call to Action and Next Steps. This will serve as the campaign's framework for future expansion.

It was also equally important to communicate this campaign in the local language to further connect with the target audience. 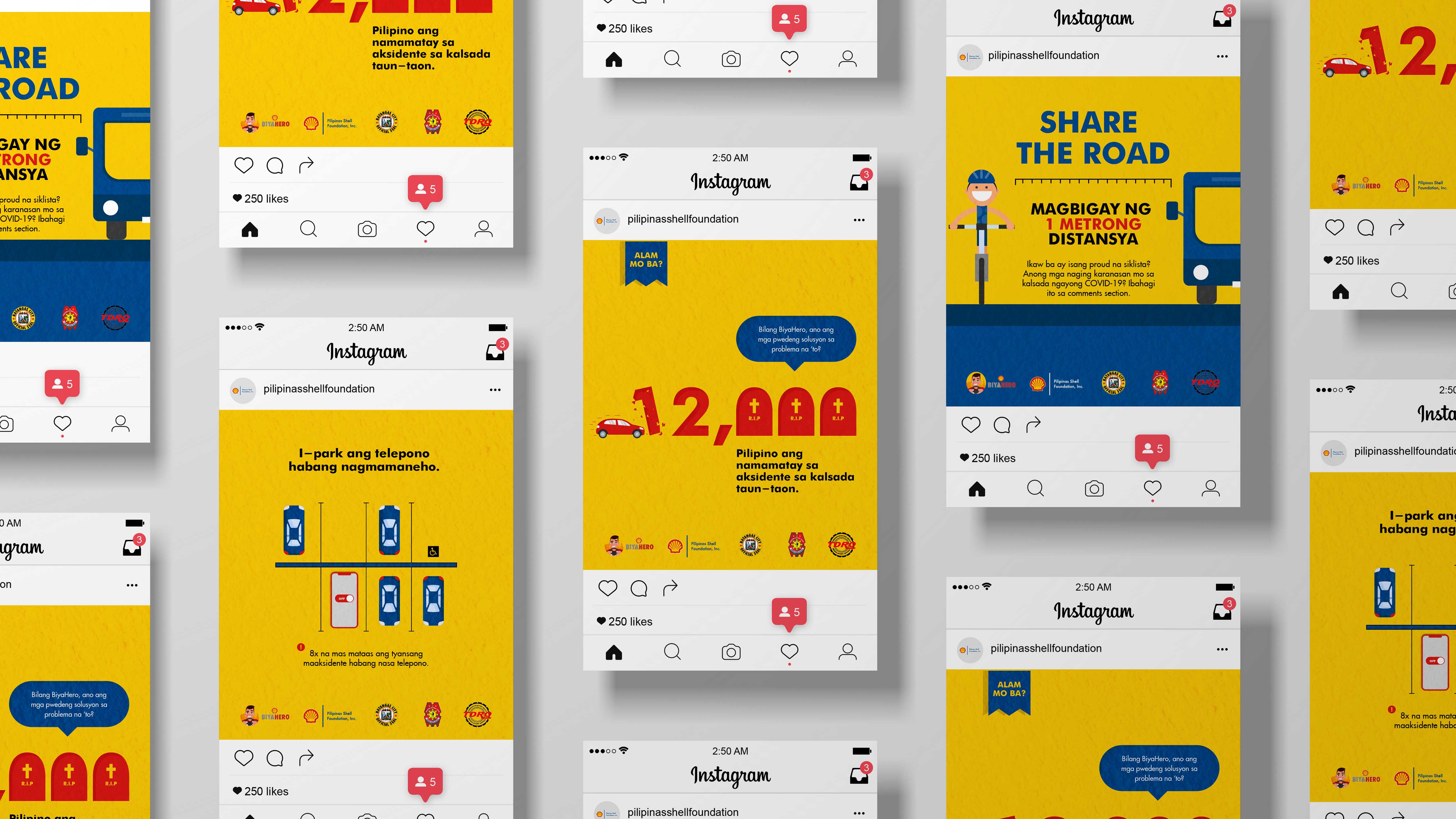 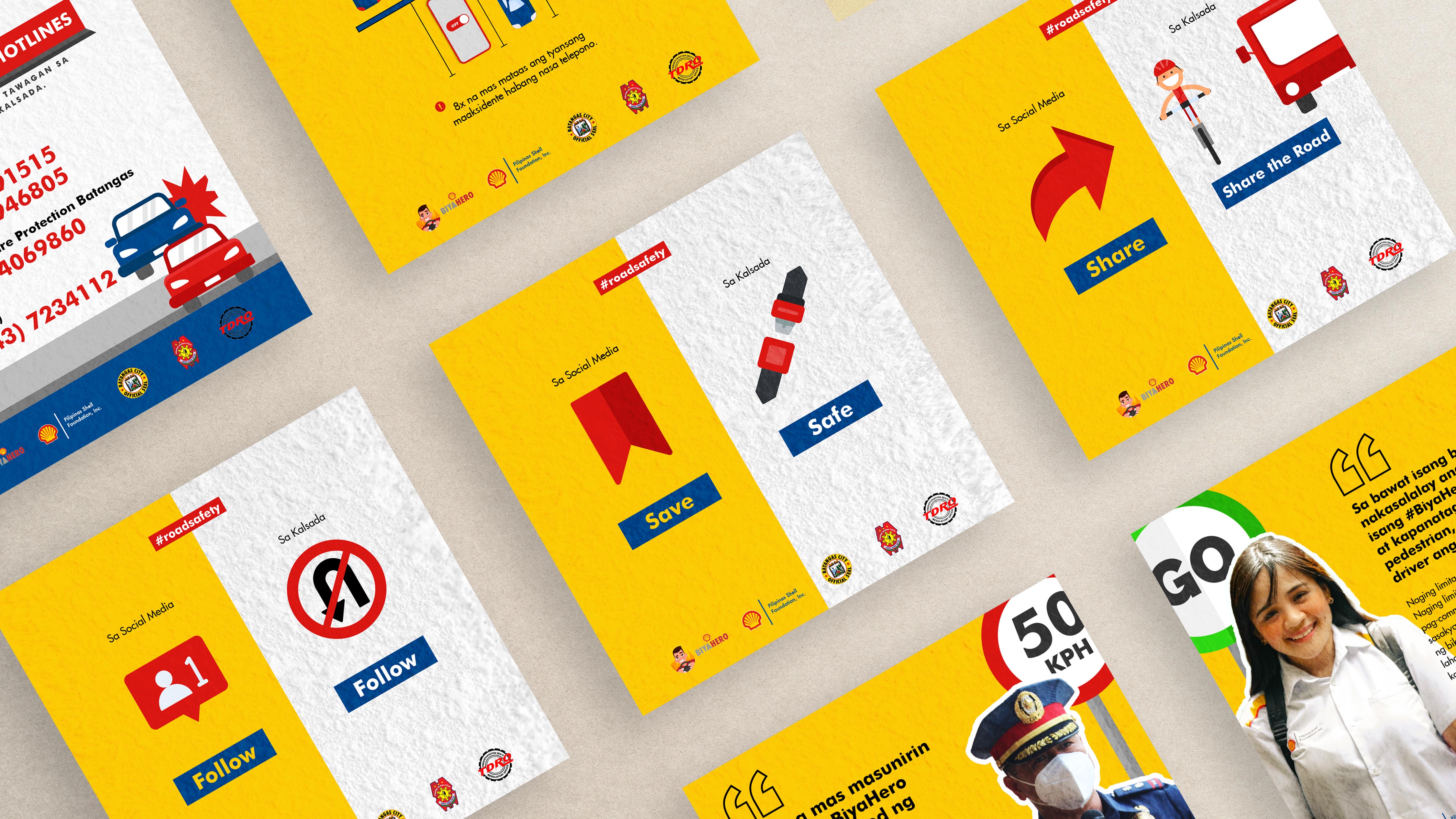 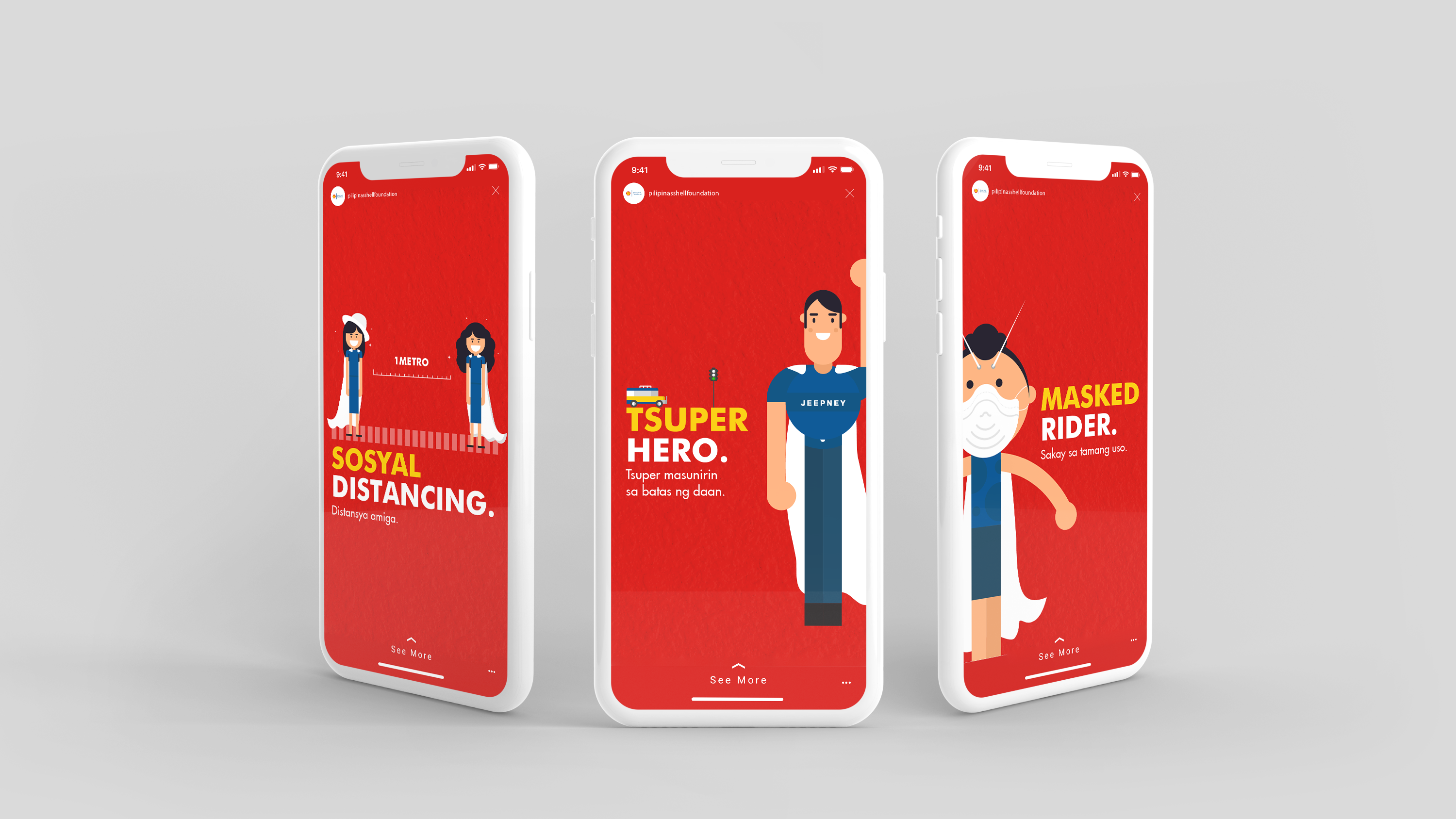 Looking Beyond
Pilipinas Shell Foundation and INSPR will continuously monitor the progress of road safety in the city. Based on the gathered data, the team will improve upon this minimum viable product and expand the campaign throughout the region and nation.
NEXT PROJECT

Strategy | Campaign | Social Media | Website
Interseed, a Christian-based social media app was set to launch and was in need of a communications and marketing plan. Interseed approached INSPR to create its communications strategy.