SPARK! Philippines | Czech Embassy in Manila | Galing Pook
Strategy | Campaign | Social Media | Video Animation
#BotoNiJuana is an advocacy campaign that seeks to inspire more women to be an active participant in nation building through public leadership roles and electoral participation, in the Philippines.

‍
Building a Campaign Brand
The communications Challenge
Despite comprising over 50% of registered voters, women are severely underrepresented in government national elective positions. This stems from a combination of patriarchy and systemic inequality that women experience in the country. The communications challenges are to: (1) Communicate to a diverse set of target audiences; (2) Promote the importance of representation in leadership positions; (3) Engage male leaders to be champions for women in politics, and; (4) Inspire more women to run for public office.
Divide and conquer
To effectively reach and connect to the audience set, the campaign was segmented into 3 parts: (1) Wo/Men/toring Leaders - A call for women and men to work together to achieve gender parity in public office; (2) Women's 18th Power - Encourage the youth to exercise their right to vote and educate them on the role and importance of women's participation, and (3) Women as Policymakers - Inspire more women to run for public office.

Each segment will be addressing concerns catered specific to its respective audience's need. All of which culminated in individual webinars attended by some of the most inspiring women leaders in the Philippines, including: Vice President Leni Robredo, Rep. Sarah Elago, Former Senator Loren Legarda, to name a few. 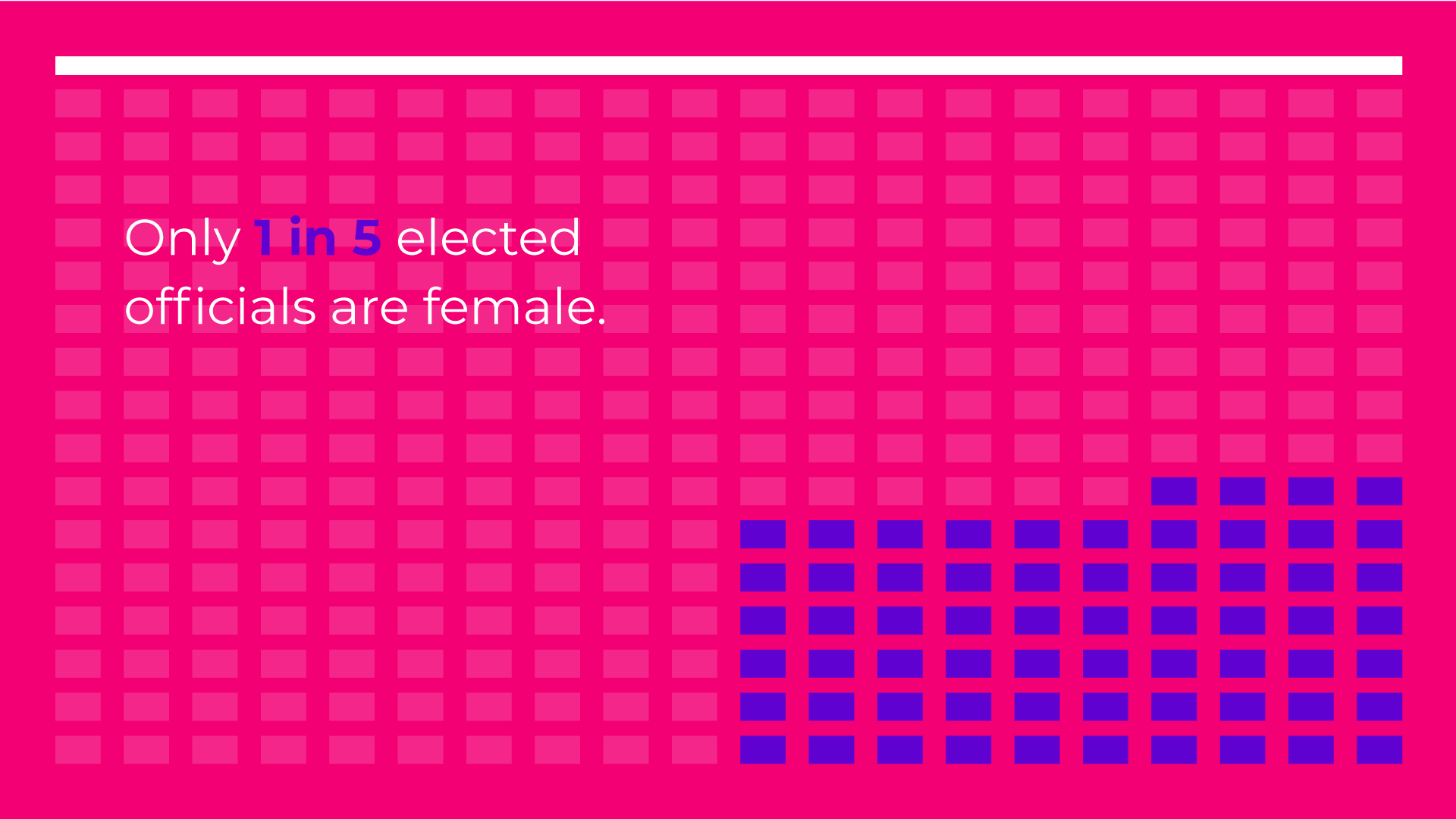 Creating an identity - Logo system
The #BotoNiJuanaBotoNgBayan logo is geometrically and symmetrically designed, predominantly using perfect circles with an incremental and consistent scaling of the circle’s radius. The logo system uses color to create segment that keeps the logos recognizability and enables adaptability to different present and future sub-advocacies. 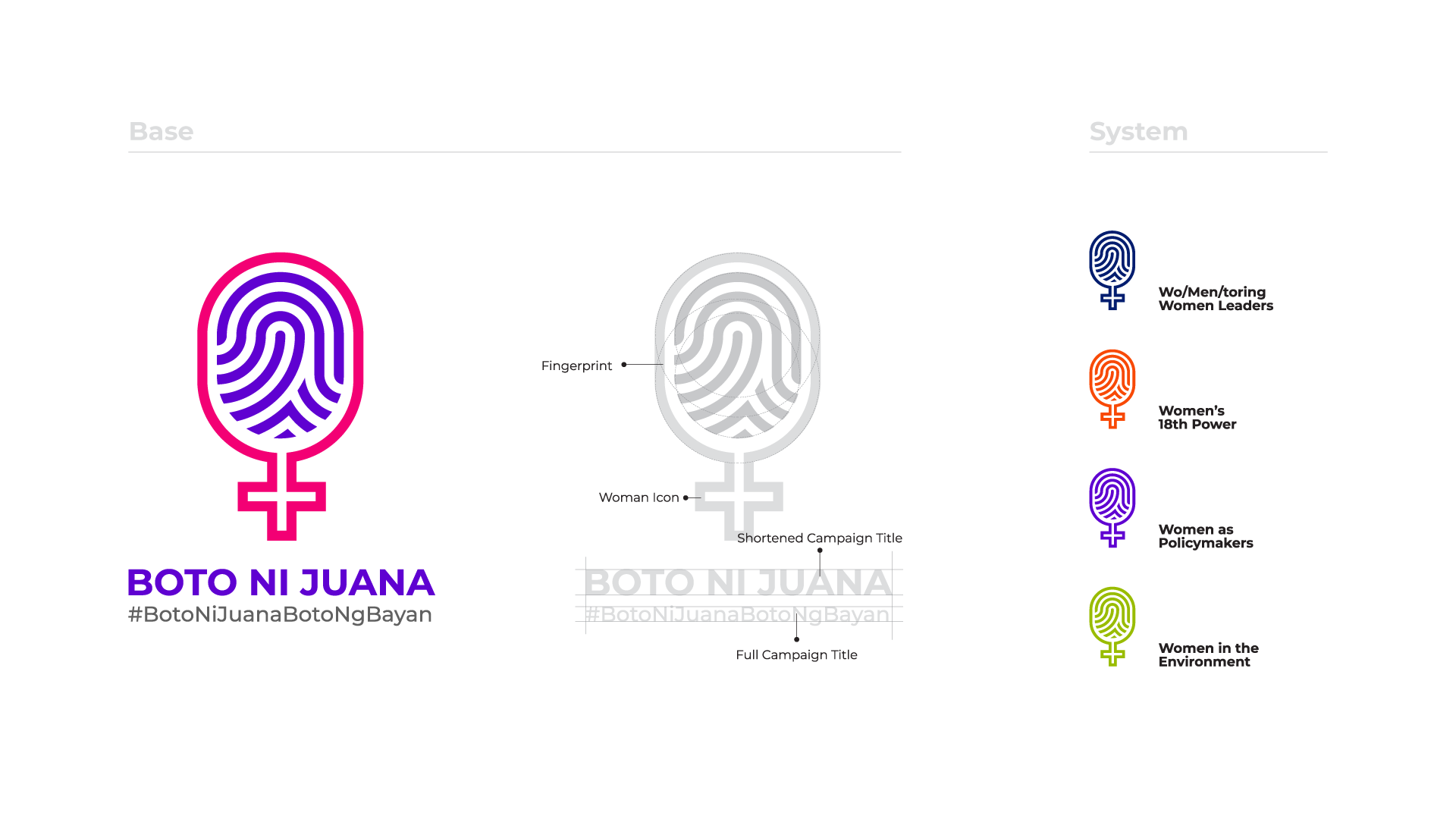 The look and feel
The campaign tackled 3 different topics around women in politics. Each topic was visually represented and segmented by a dominant color. In each of these INSPR helped create running themes such as “Woman Wednesday” and “Trivia Teusday”. 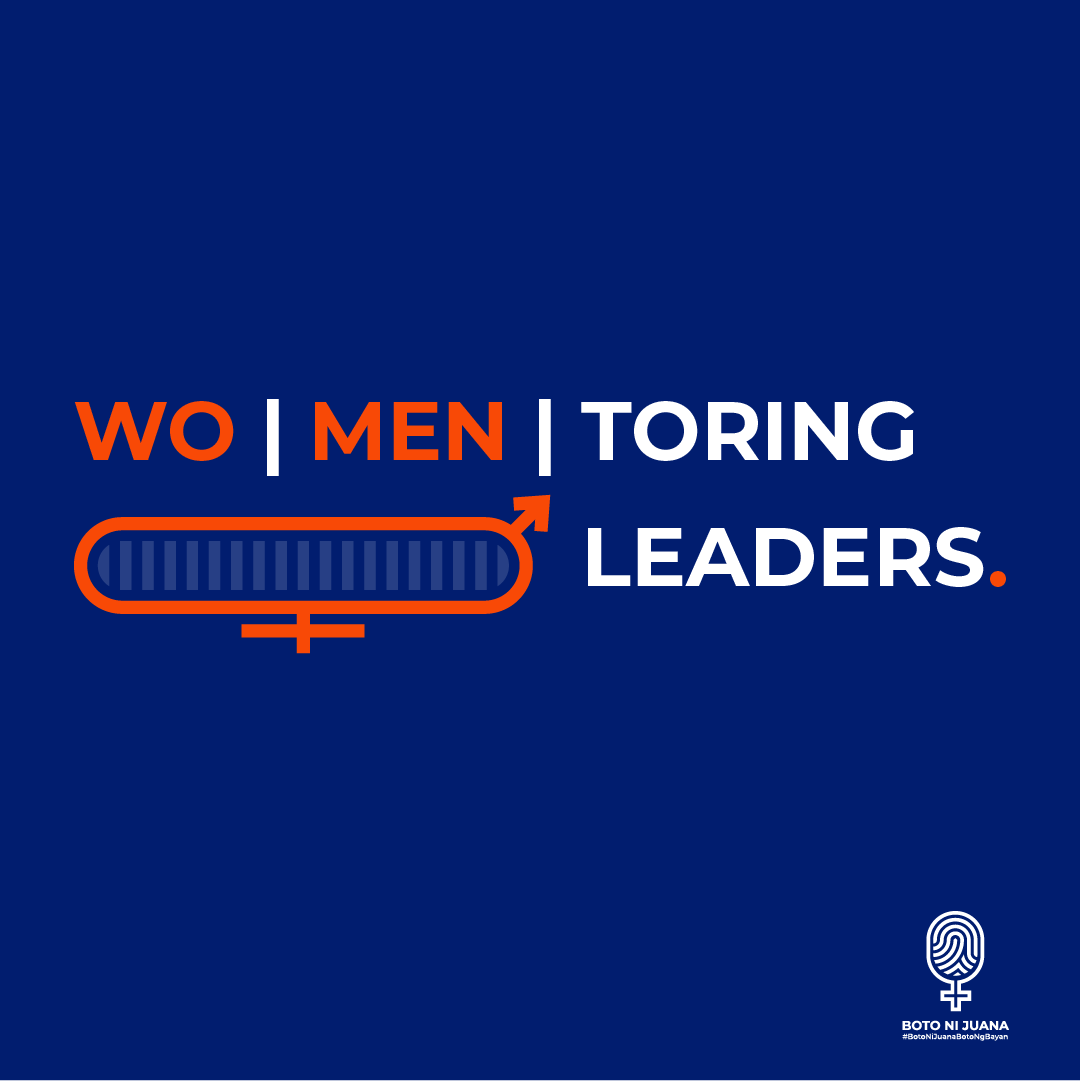 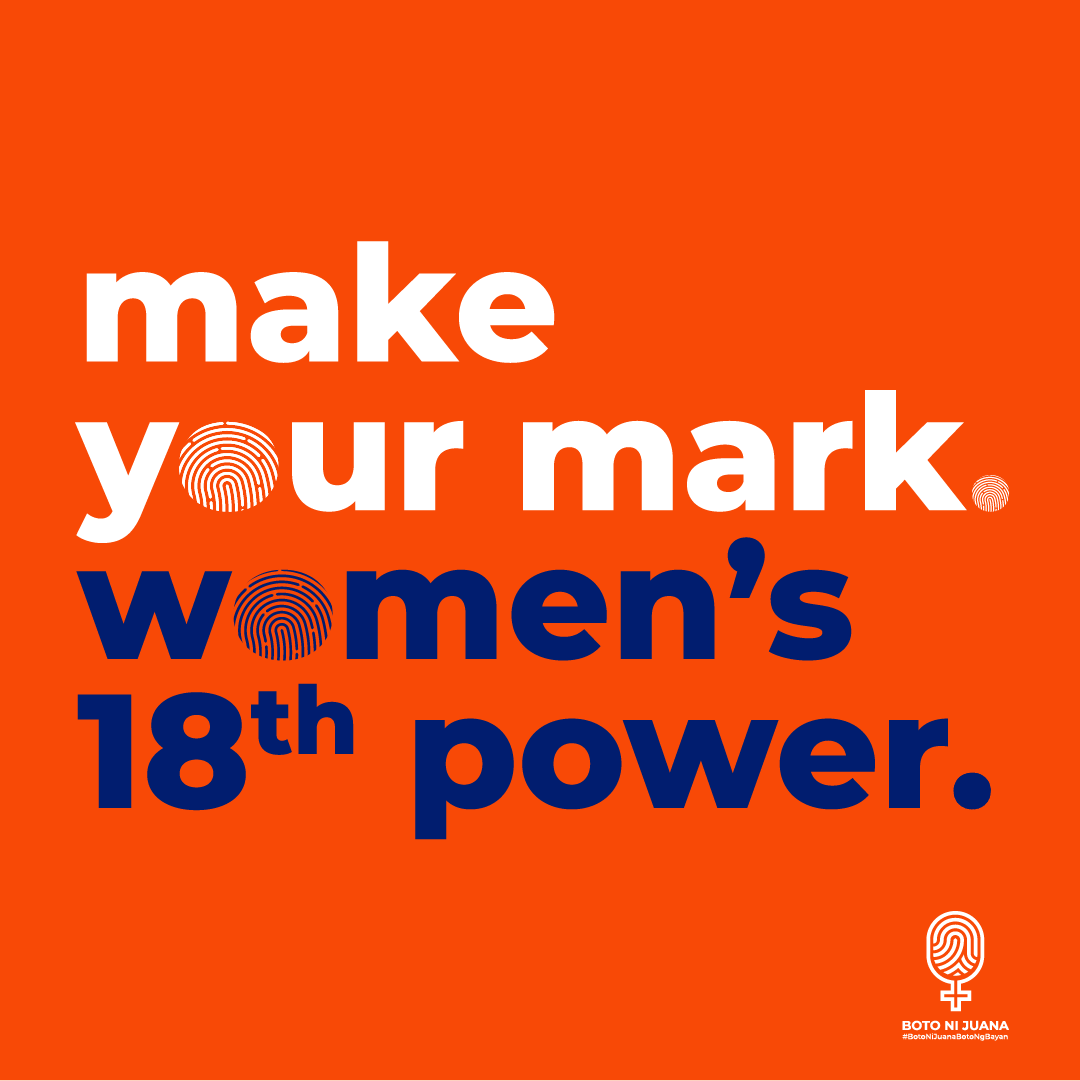 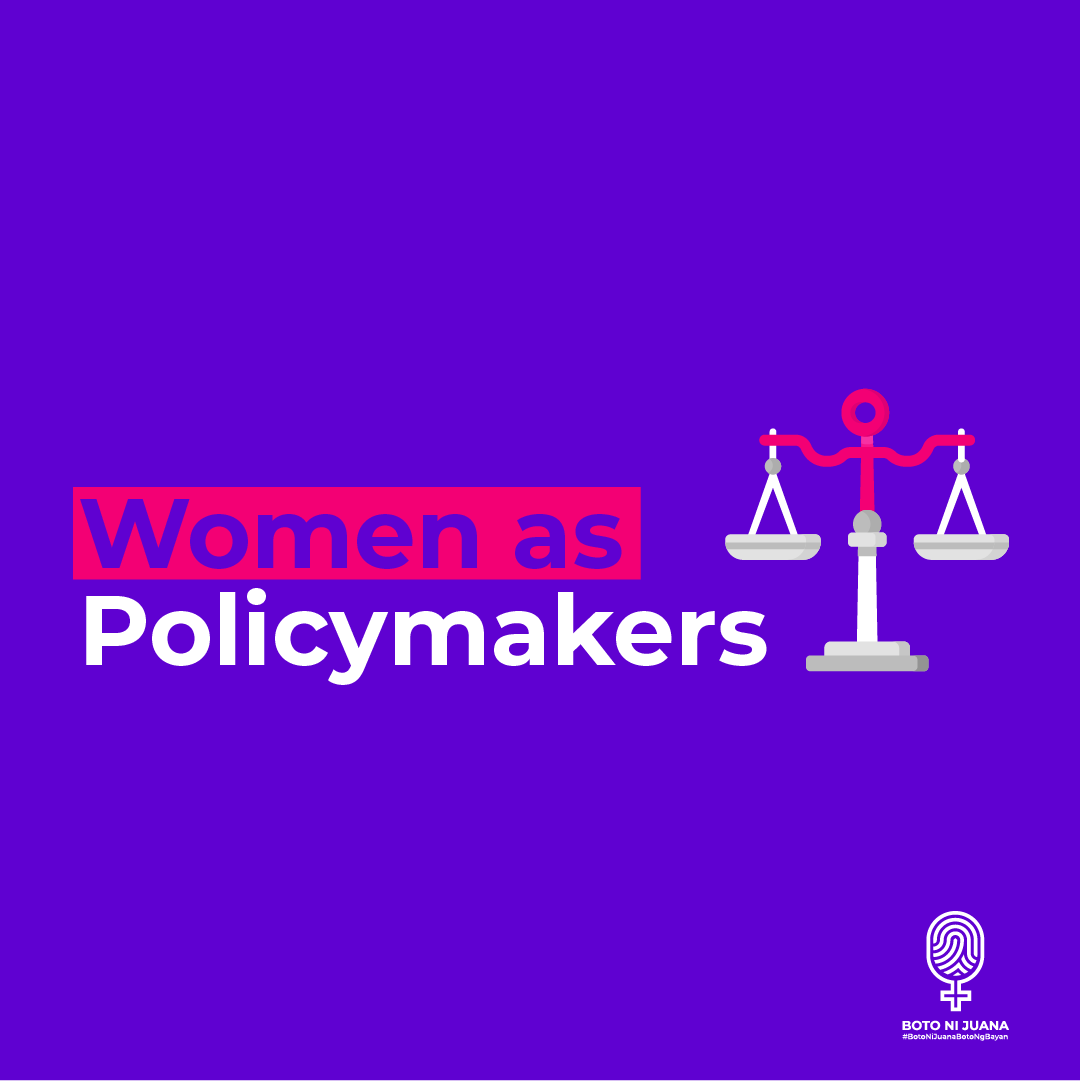 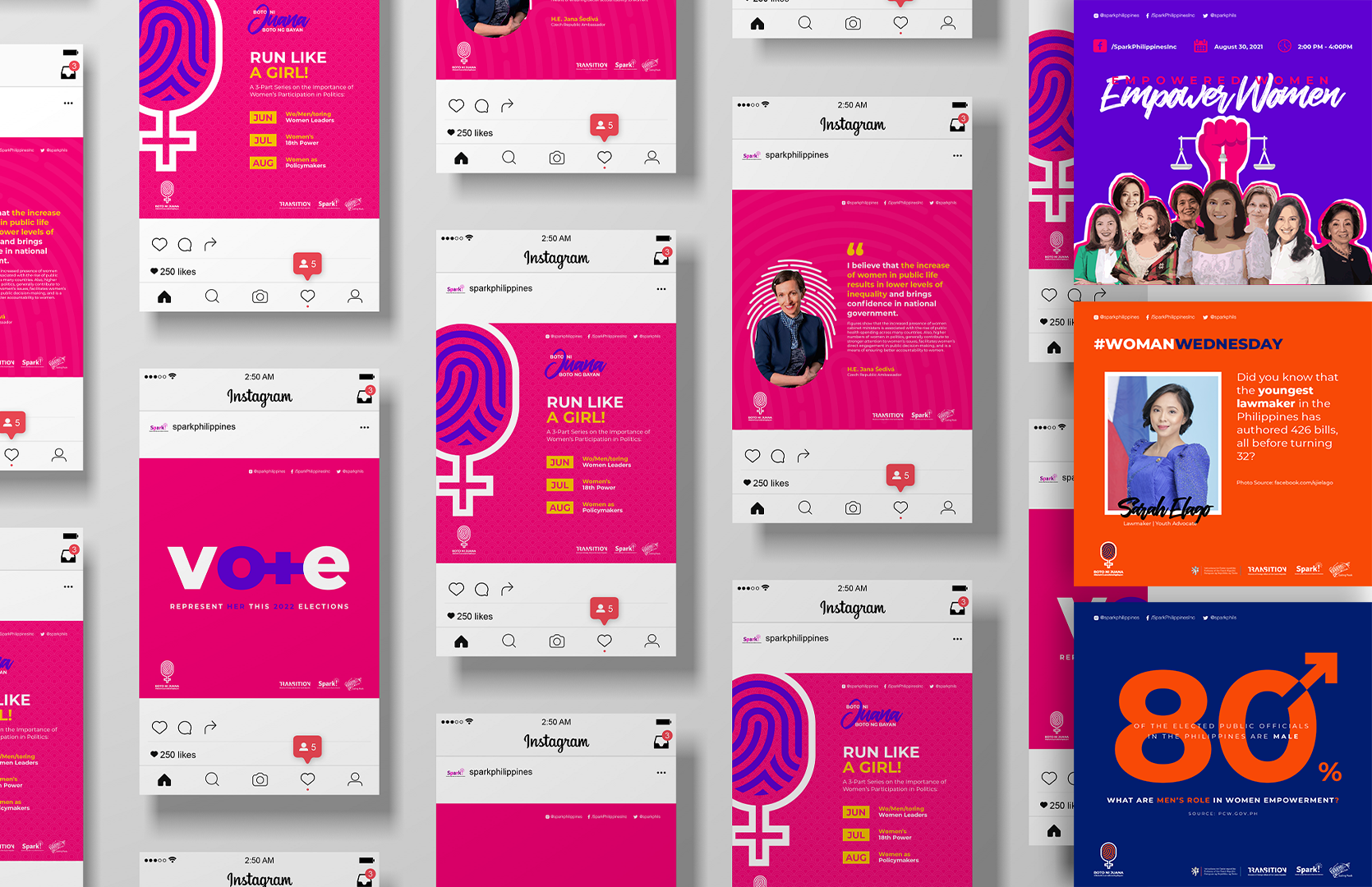 Developing a Video Series
Part 1 - what if more women are leaders?
Women represent half of the population and over half of the eligible voters in the Philippines. However, they are severely underrepresented in government elective positions. Progress has been continuous but slow. Election 2022 provides another opportunity yet again for Filipinos to make a difference.
Part 2 - Her Story: The Youth's Impact in Gender and Politics
1 in 3 voters is below the age of 35, in the Philippines. To put that into perspective, the last election only took the winning presidential candidate 39% of the total votes. The same electoral year also saw a decrease in female candidates. In Election 2022, the youth will play a key role not only in selecting the next leader but also in ensuring women's place in public policy.
Part 3 - VOTEHER: A Push for Gender Equality in Philippine Politics
The Philippines has consistently been sliding down in ranking in the World Economic Forum's Global Gender Gap Report. From 7 in 2015 to 18 in 2021.And in a male-dominated profession, women in politics often do not get the same decision-making opportunities as their male counterparts. This is caused by both the country's patriarchal culture and systemic gender inequality. This is the reality women leaders often face. This coming election calls not just for more women in politics, but more male champions to support the cause.
NEXT PROJECT

Fighting the Roots of Hunger

Video Animation
Roots to Shoots, a multi-stakeholder program formed to combat hunger and promote health and well-being seeks to expand their program by building on their established pilot province in Camarines Sur, which has the highest ratio of hunger in the Philippines.